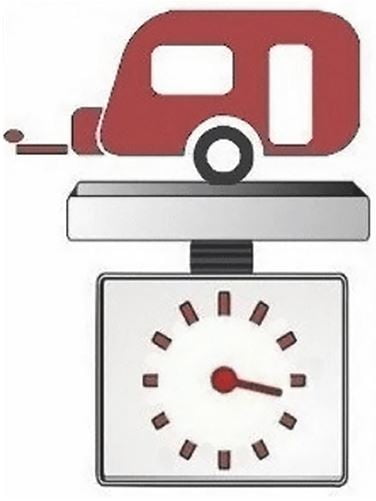 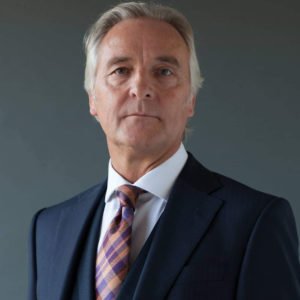 Our friends at ‘Out and About’ had an interesting piece on Caravan loads we thought would be good to share:

One of the most important topics when choosing a caravan that is right for you is its weight – and also the weight of your tow vehicle.
It’s not daunting, though, once you know the basics. It’s all down to getting the maths right and understanding the terminology.

MIRO
Caravan weights are expressed in two ways; either MIRO (Mass in Running Order) and/or MTPLM (Maximum Technically Permissible Laden Mass). The MIRO is the stated weight of the caravan as it leaves the factory.

It includes an allowance for gas cylinders, water in the water heater, toilet flush water, and water in an on-board tank in caravans that have these.

It doesn’t include a leisure battery, which may seem strange given that this is an essential item. It’s generally assumed that this anomaly has its origins across the Channel, where most caravans do not have leisure batteries because they are only ever used with hook-ups.

MTPLM
The MTPLM is the maximum weight, determined by the manufacturer, to which the caravan is safe to be loaded. It’s listed among the tech spec on manufacturers’ websites and is exhibited on a plate beside the caravan’s door. The difference between MIRO and MTPLM is what is called payload. That is the weight of all of the equipment and accessories you can put in your caravan – and it needs careful watching!

Pots and pans, a kettle, hook-up cable, tableware, clothing, shoes, bedding, television, toilet chemicals, waste and fresh water containers and a whole lot more, all come into play. It’s easy to overload a caravan but it’s equally easy to avoid it by calculating the weight of your caravan’s contents and packing it correctly.

Many people use bathroom scales to weigh each item and then add it all together. That sounds pedantic, but once you know the weight of the items you always take away with you, it’s easy to calculate.

For example, if you know that, with the basics in your caravan plus a bit more, you have 40kg spare on your payload, you instantly know that you can place more into your caravan without worrying about it but of course, a weigh bridge is very helpful if you have one near.

The MTPLM figure is important to consider at the stage where you are deciding which caravan is right for you as it is the figure you need for assessing whether a caravan is a good match for your tow vehicle.

It’s really important that you don’t load your caravan beyond its stated MTPLM. Doing so could invalidate your insurance. The MTPLM is based on factors including the weight rating for the caravan’s axle and the load rating of the tyres.

Plate upgrade
If you are planning on – or think you might plan on – carrying quite a lot of stuff in your caravan, for example, an awning (although the obvious alternative is to stow it in the luggage area of your car) you might like to know that, if you opt to buy a new caravan, you may be able to have the MTPLM figure upgraded.

Manufacturers understandably tailor MTPLM figures to demonstrate that a particular caravan can be towed by a wider variety of cars, so they sometimes restrict the MTPLM to a lower figure than it actually needs to be. In other words, the caravan is capable of carrying more weight than its MTPLM shows.

So, if your towcar is of sufficient weight, you can upgrade your MTPLM to a higher figure, thus increasing your payload and your caravan’s capacity to carry more gear when you’re off on your travels. Ask the supplying dealer if a plate upgrade is possible for your particular caravan.

There’s often an admin charge to do this, so check prices first with your manufacturer, although the Erwin Hymer Group, which makes Elddis, Compass, Xplore and Buccaneer does not currently charge for upgrading a weight plate.

The advantages of upgrading your caravan’s weight plate are obvious when you look at the example figures on the following models. Upgrading the weight plate of a 2020 Bailey Discovery D4-2 gives you an extra 105kg of payload, while it provides an extra 188kg on a Bailey Phoenix 760.

Noseweight
The noseweight of a caravan is the weight exerted at the hitch point. It’s a vital factor in caravan stability. Too light a noseweight can result in instability, while too heavy a noseweight can conflict with the maximum hitch weight stated for your car.

The car’s noseweight limit should be stated in its handbook. Don’t exceed your car’s noseweight rating, but the heavier you can make the noseweight within that limitation, the more stable the caravan will be when you tow.

You need to measure the noseweight in order to achieve the optimum. The best way is to buy a noseweight gauge. The Milenco Precision Noseweight Gauge 130kg is a good example. These cost between £34 and £39 depending on where you buy.

Other examples are made by companies including Maypole. Or you could use bathroom scales. This is how: raise the corner steadies, place a piece of wood inside the hitch cup and turn the jockey wheel handle to lower the front of the caravan until the piece of wood is firmly resting on the scales.

Calculations
In simple terms, the towcar must always be heavier than the caravan. The two figures used in matching cars and caravans are the MTPLM and the manufacturer’s kerbweight of the car.

How to find out? Head to Caravan’s our free Towmatch service. Guidance figures for novice, confident and experienced towers are in a chart. Put in the details of your car and its kerbweight will appear. Then, select from a drop-down menu of caravans you may be considering and a selection of them will pop up, all within your car’s weight range.

This feature appeared in Your First Caravan 2020, to purchase your copy, visit https://pocketmags.com/your-first-caravan-magazine